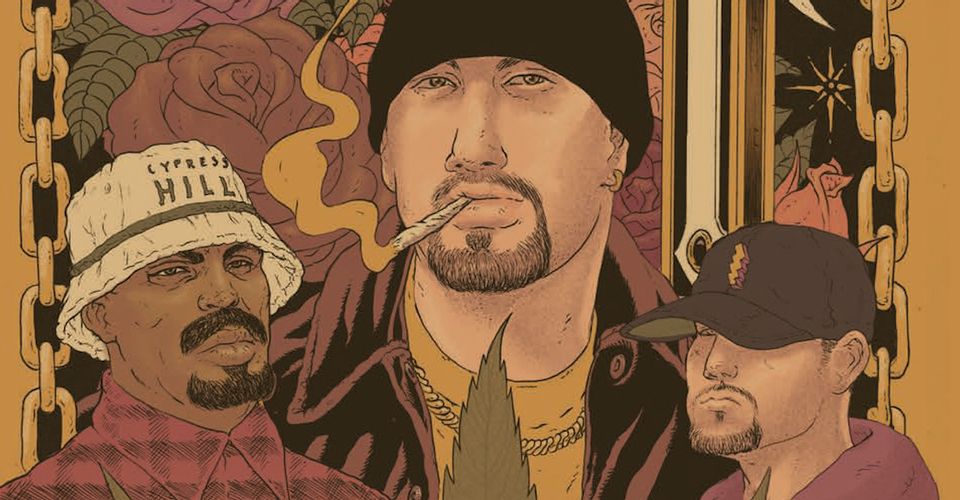 Cypress Hill shares an exclusive look at their new original graphic novel from Z2 to mark the 30th anniversary of their debut album.

For 30 years, acclaimed hip hop group Cypress Hill has been thrilling audiences with their infectious lyrics and beats, backed with real street cred from growing up in Los Angeles County. To commemorate the 30th anniversary of their debut album, Cypress Hill is teaming up with Z2 Comics.

Crafted by a whole host of fan-favorite comic book creators, the original graphic novel Cypress Hill: Tres Equis follows classic characters from Cypress Hill lyrics as they try to hustle and stay alive, enduring encounters with both sides of the law. Z2 has provided an exclusive preview of the short story “I Could Just Kill a Man,” after the band’s debut single, written by Noah Callahan-Bever and Gabriel Alvarez, illustrated by Jefte Palo, colored by Karla Aguilar and lettered by Andworld Design. Also included is the graphic novel’s cover illustrated by Ramon Villalobos.

Check it out at CBR.com

Pre-Order your copy today at Z2Comics.com