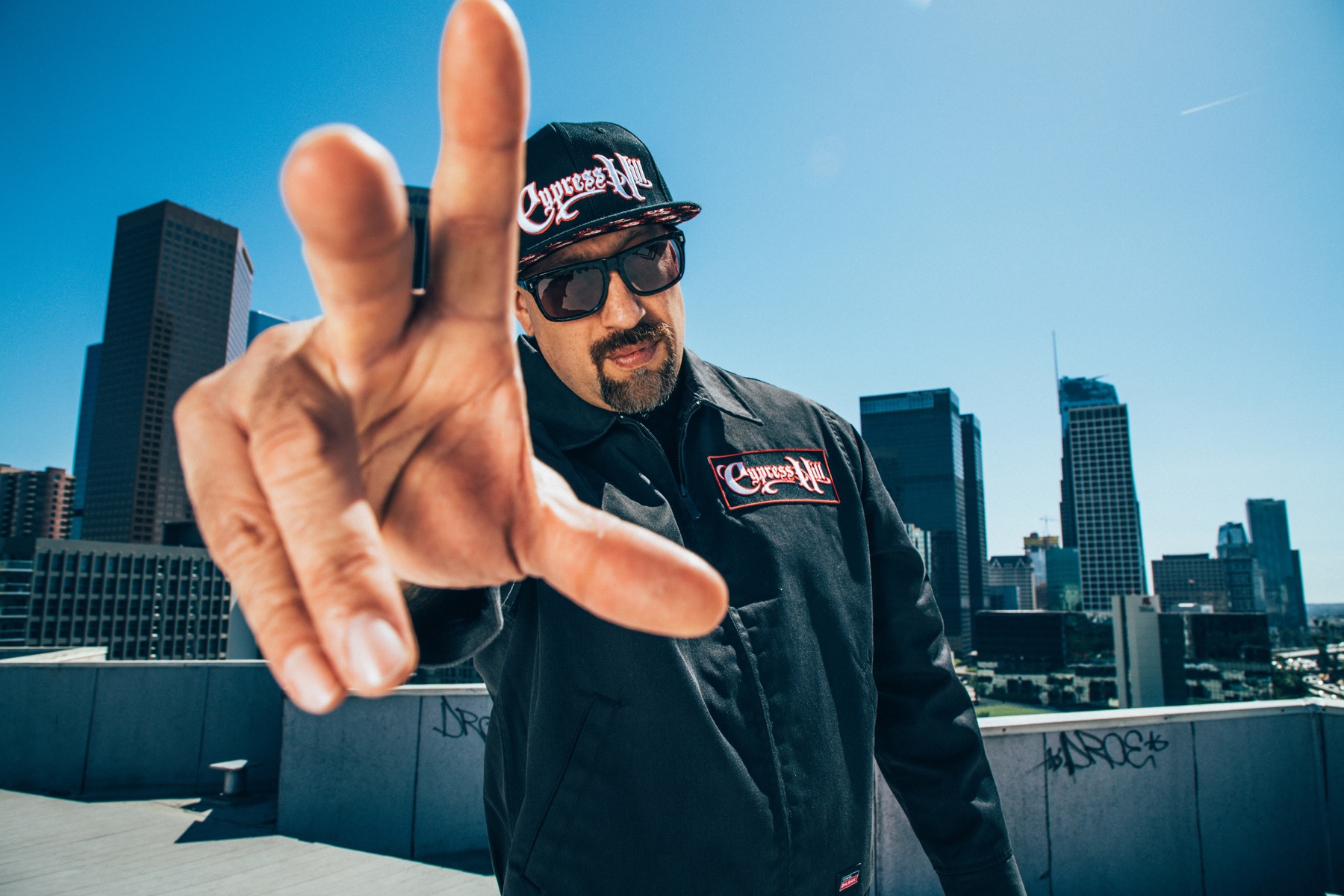 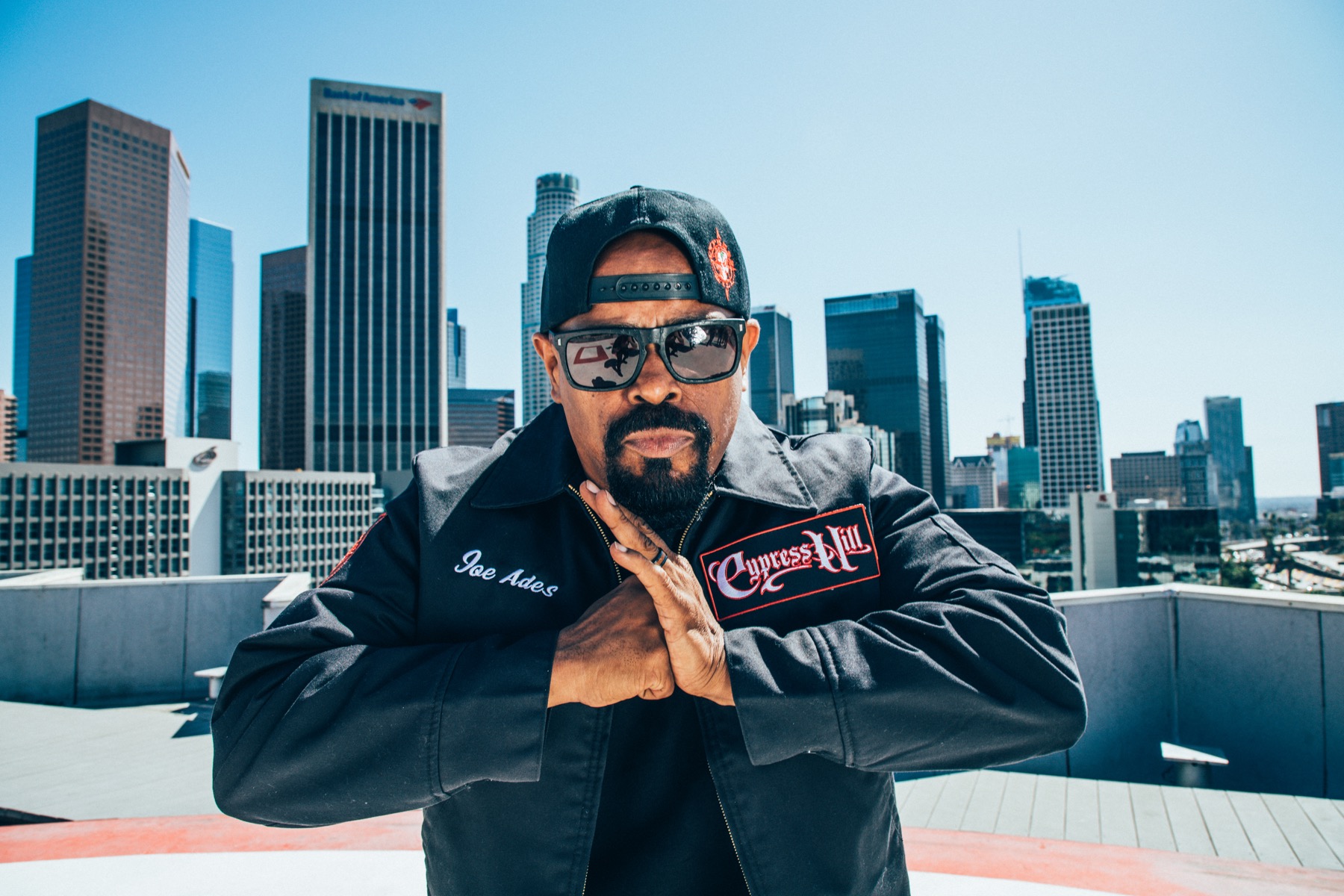 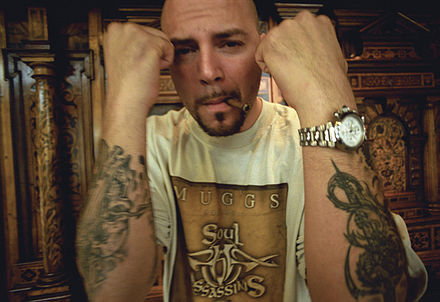 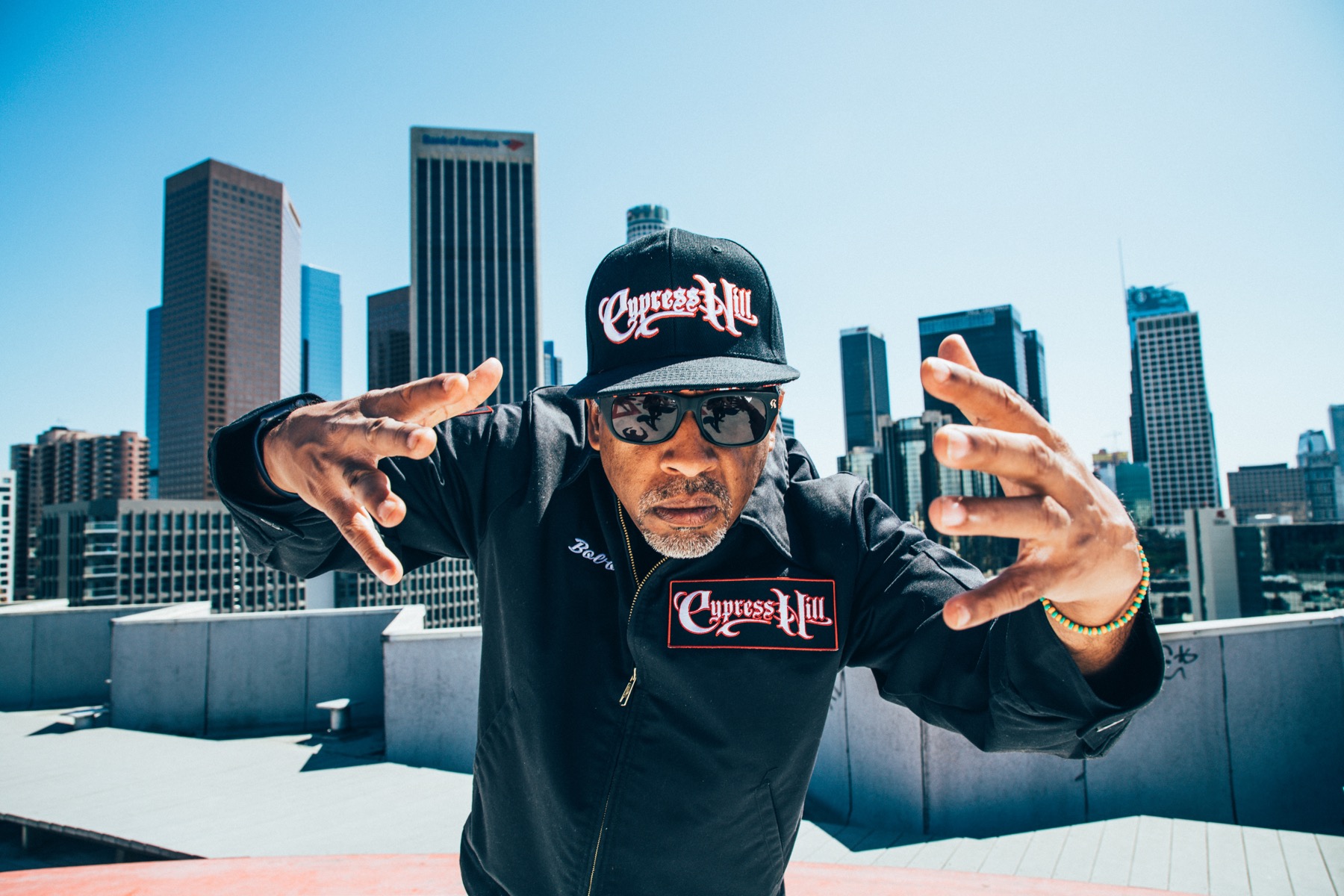 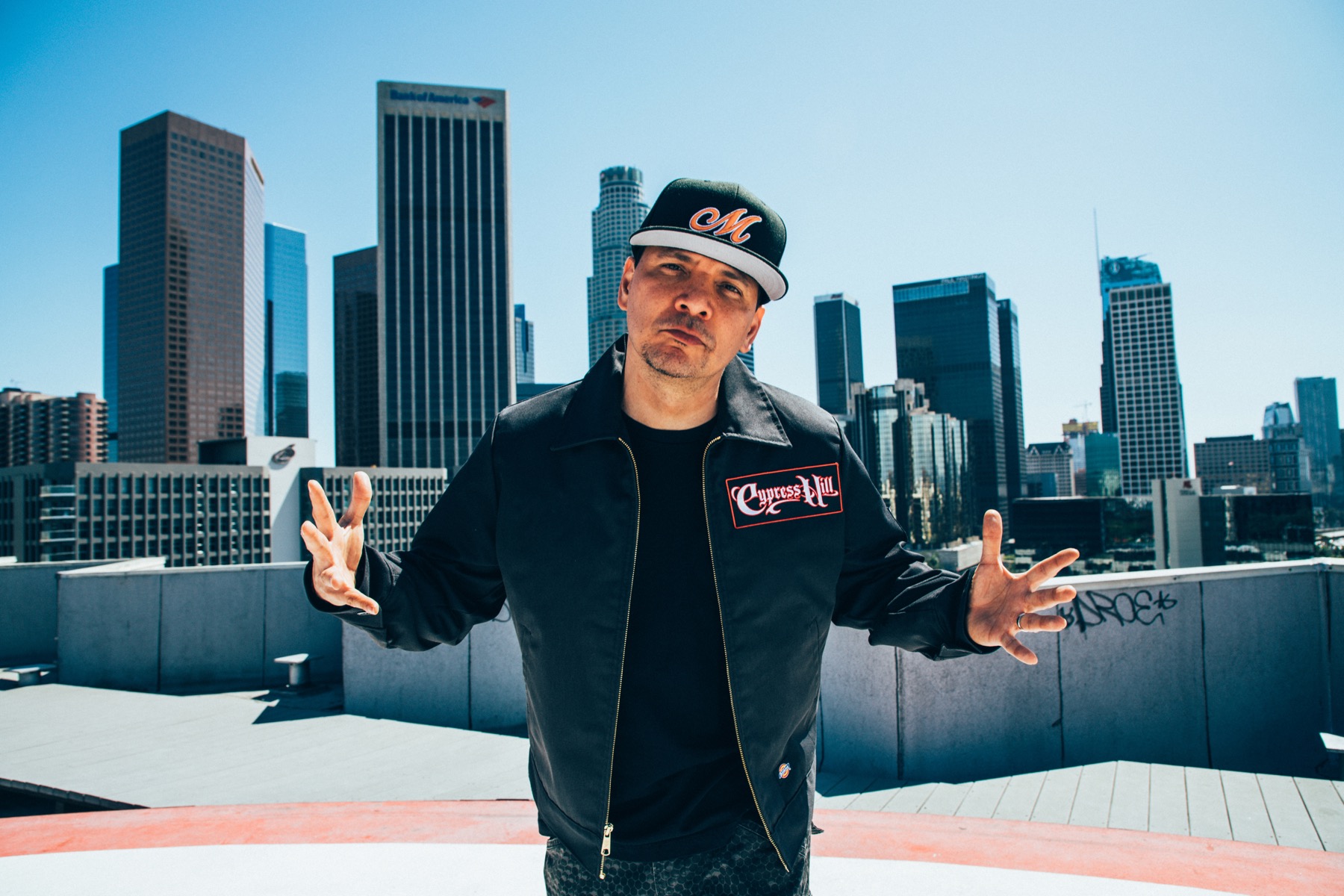 Revolution brews on the fringe. Once sown, those seeds quietly sprout over time until they overtake everything in their path…

Three decades before the Latin hip-hop explosion of 2018, B-Real, Sen Dog, and DJ Muggs of Cypress Hill sparked a trip that left popular culture stoned, stunned, and staggering in anticipation for more. In 1988, Sen Dog, B-Real, and DJ Muggs certainly didn’t look like any other hip-hop collective, sound like anything on the radio, or smoke like any homie, headbanger, hesher, or hippie. Instead, they rolled up intense rhymes, hard rock attitude, smoked-out psychedelic production, and Latin swagger into a one-of-a-kind strain on the legendary double-platinum Cypress Hill in 1991. Not to mention, they made history as “the first Latino American hip-hop recording group to go platinum.”

Next up, 1993’s Black Sunday bowed at #1 on the Billboard Top 200, earned a triple-platinum certification, garnered three GRAMMY® Award nominations, and became “the highest Soundscan recording for a rap group at the time.” The platinum Cypress Hill III: Temples of Boom followed in 1995 as 1998’s Cypress Hill IV went gold. In 2000, they merged heavy metal and hip-hop like no other on the platinum Skull & Bones with iconic assists from the likes of Eminem, Deftones, and more. Stoned Raiders [2000] and Til Death Do Us Part [2004] emerged on its heels, while Rise Up [2010] scored a Top 10 debut on the Billboard Top 200. Along the way, they sold over 20 million albums, packed venues around the globe, and embedded themselves in pop culture as immortalized by a star on the Hollywood Walk of Fame in 2019 and getting animated for an episode of The Simpsons. They would also be sampled by everyone from JAY-Z and Black Eyed Peas to A$AP Rocky and Vic Mensa with Chance the Rapper.

Among countless hits, VH1 dubbed “Insane in the Brain” one of the “100 Greatest Songs of Hip Hop.” Also, who could forget the trailer for Denzel Washington’s Academy® Award-winning turn in Training Day soundtracked by “Rock Superstar?” It would also certainly be fair to say the bilingual “Latin Lingo” broke down doors for “Bodak Yellow” and “Despacito.” Additionally, the guys waved the flag for legalization and cannabis culture from the onset of their career and via the highly successful Smokeout Festival brand.

However, some things don’t change, and Cypress keep forging ahead. That brings us to the group’s ninth full-length studio album, Elephants On Acid. Comprised of a 21-track-interlude mix, this opus plays out like a rap odyssey around the world, through other dimensions, and back to the hood. For as far as the vision stretches, the union of B-Real, Sen Dog, and Muggs felt familiar in the best way possible…

“Anything can happen when Muggs, B-Real, and myself get together to record,” affirms Sen Dog. “We were kids when we first got together. We’ve grown up as men now, but the chemistry is still the same. I can only describe it as the electric feeling when we first started and didn’t have a record deal or anything—we just knew there was something between the three of us. Elephants On Acid was that. You have to listen to this as one piece of artwork. The last time I felt that way was Black Sunday. When we first came out in the nineties, we sounded like nobody else; we sounded like ourselves. This is another continuation.”

Quite fittingly, the album came together in the trippiest manner immaginable. Muggs commenced collating possible ideas for a new record as early as 2013. After dreaming of an out-of-body experience as a man with an elephant head, the vision percolated for the producer. At the same time, he crafted beats around the world, recording in Egypt between spending time alone in King Solomon’s Tomb, making beats in Jordan after floating in the Dead Sea, and experiencing Joshua Tree with third eye wide open.

“I never have gone to that many places to make a record,” says Muggs. “It was about the vibrations of these locales. That ancient energy still exists. I was open to it and absorbed it. I’ve made so many records in L.A. that I needed a different energy, adventure, and source of inspiration. When people listen to this, I wanted them to feel like they were on hallucinogenics without being on hallucinogenics. The title came from my dream. I wanted to make a futuristic record that could’ve come out twenty years ago or twenty years from now. At the same time, I aimed to preserve that original Cypress feel. I envisioned a psychedelic rock record as made by Cypress Hill. So, I brought all of those experiences into one space and bam!”

“The album is both a trip back to the roots and an escape into a completely new world,” adds B-Real.

Sen smiles, “We’ve always been big fans of classic rock like Pink Floyd, Led Zeppelin, The Who, and The Grateful Dead. Our goal was to be like the hip-hop version of those groups.”

Mission accomplished on Elephants on Acid. The first single “Crazy” hinges on a woozy waltz that bubbles underneath rhyme fireworks from B-Real and Sen Dog as well as an intoxicatingly irresistible hook courtesy of Brevi—Muggs’ collaborator in Cross My Heart Hope To Die. Cooked up in Egypt and Joshua Tree, Muggs channeled musical insanity in the most wonderful way possible.

“I think everybody goes fucking crazy a few times in their lives,” he goes on. “I wanted it to feel like a trip.”

“It describes the whole journey we’ve been on for the last thirty years, since we decided to chase our dreams,” adds Sen Dog. “It’s been a crazy ride. We’ve hit highs. We’ve hit lows. It’s an insane life!”

Following the tribal intro “Tusko,” the album ramps up on the Middle Eastern-tinged and hashish-ed out “Band of Gypsies”—which sees the MCs lock into a lyrical crossfire over live instrumentation from Egyptian street musicians.

“It really describes us, how we grew up in L.A., and how we didn’t fit in,” continues Sen Dog. “We were our own clan like a bunch of gypsies. We were stoners when everyone else was gangster rap. To a certain extent, I feel like we’re the outsiders of this whole hip-hop game. Gypsies are guys living on their own and doing everything together. They don’t need any support from the outside world. We’re a bunch of Gypsies. It’s the whole Cypress outlook.”

“Muggs Is Dead” unfolds like rap’s equivalent of the Magical Mystery Tour, while the near six-minute finale “Stairway To Heaven” might just be the most epic piece in the group’s catalog. Unsurprisingly, “It took on a life of its own,” as Muggs put it.

Sen Dog recalls, “Muggs would be watching videos of Black Sabbath and Led Zeppelin on YouTube. We got that feel when B-Real said the title.”

“It’s Muggs’s talent to find sounds that can take on these big questions—and aren’t like anything else in the world,” continues B-Real.

Longtime percussionist Eric “Bobo” Correa contributes drums to “Locos” and remains a key force in the touring lineup. The legendary Mix Master Mike will also join the group on tour—both he and “Bobo” notably logged separate stints with Beastie Boys and now will be with Cypress.

In the end, Elephants on Acid represents all things Cypress through and through.

“Everybody is going to get something different out of it,” Muggs concludes. “The record really comes from a subconscious magical place, because it isn’t literal. It’s not just a record; it’s a spiritual journey.”

“When you hear this, I hope you’re inspired not to follow any trends or conform,” Sen Dog leaves off. “That’s our philosophy. Cypress is my life. It’s given me the opportunity to buy my mom a house, send my kids to school, survive, and make a living off being a musician. I’m super proud of our legacy. It’s us and it’s no one else. When you get to the end of the album, you’re going to feel it’s a real experience by Cypress Hill—in my opinion one of the ultimate hip-hop bands of all-time.” — Rick Florino, July 2018