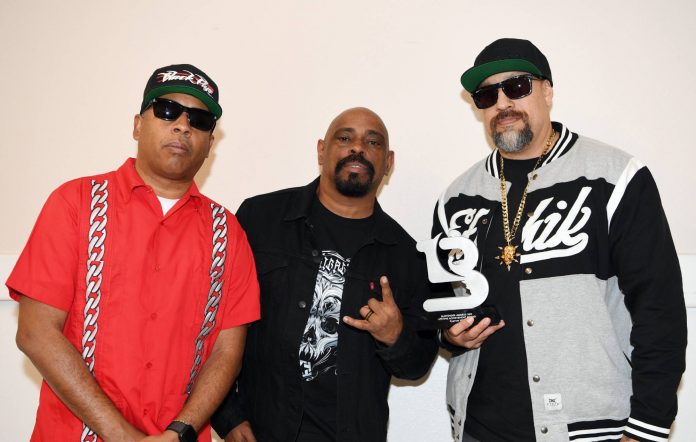 It’s the latest move celebrating the 30th anniversary of the band’s debut album, which includes new remixes, vinyl, and a graphic novel

Cypress Hill have announced more content to celebrate the 30th anniversary of their self-titled debut album, including a documentary expected to arrive next year.

An expanded 30th anniversary edition of 1991’s Cypress Hill will feature three bonus tracks, to be released on digital, vinyl and as a limited edition box set – including six 7-inch singles, an 80-page booklet of liner notes and photos.

The release includes new 30th anniversary remixes of ‘How I Could Just Kill A Man’ and ‘Hand On The Pump’ from the Alchemist, Beat Butcha, and DJ Muggs.

Hits From The Bong, an official Cypress Hill documentary produced by Sony Music’s Premium Content Division and Mass Appeal will premiere on Showtime next year. Photographer and music video director Estevan Oriol is set to direct.

The anniversary celebration also include the release of the band’s first graphic novel, announced back in February. Cypress Hill: Tres Equis will map out the origin story of the LA rap group.

“Before they became icons, Louis and Senen were just a couple of teenage cholos from around the way, trying to stay out of trouble — until a series of chance encounters with both sides of the law changed their path forever,” a press release for the graphic novel reads.

Sen Dog added: “The story of Cypress Hill in a graphic novel is the perfect way to illustrate the time and place where the group was born.”