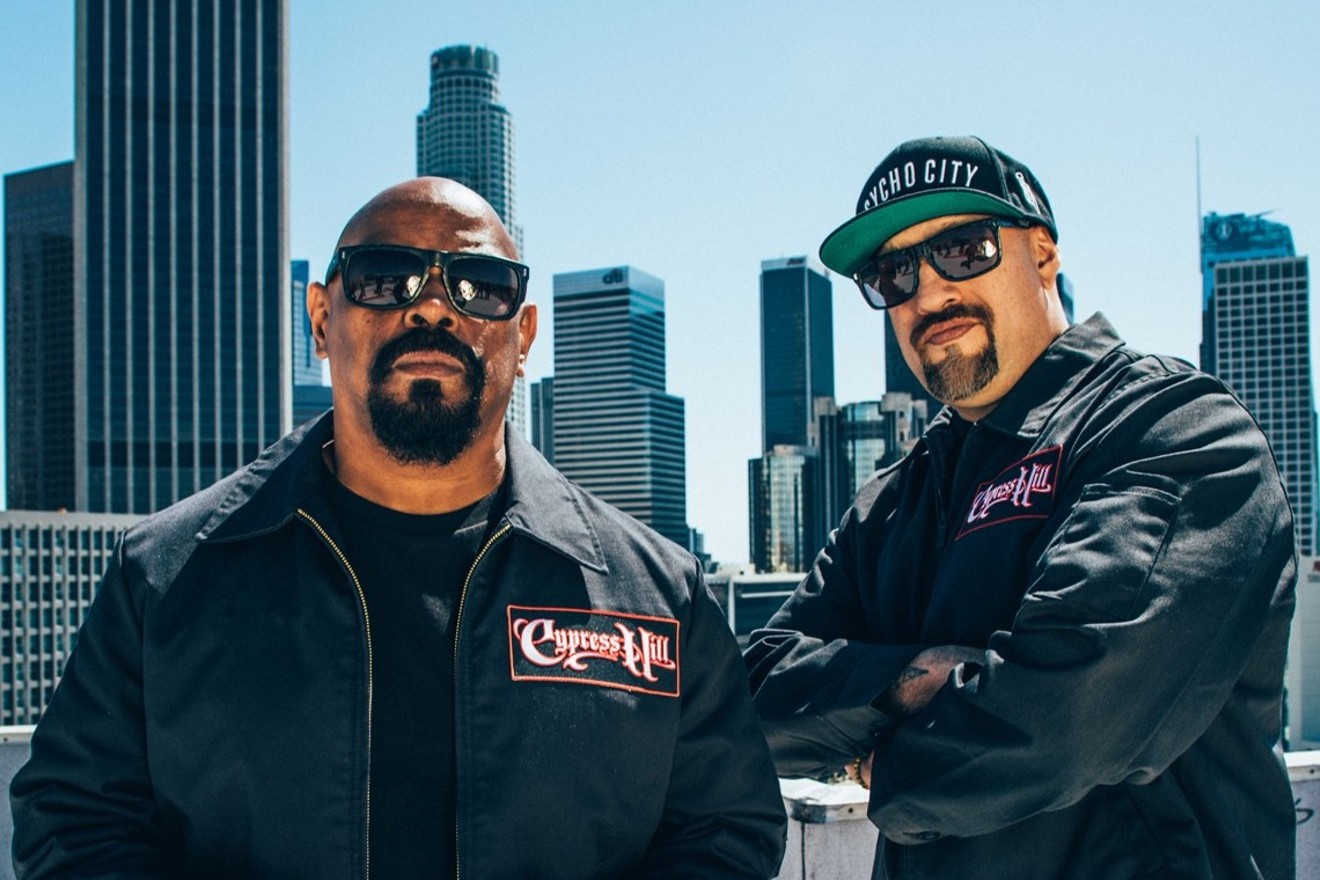 It’s about noon on the West Coast when Cypress Hill’s agent calls in to connect with founding member Sen Dog.

“I never thought we’d do 30 years,” Sen Dog says. “I thought we would do like a five-, six-year, maybe a seven-year run and do two or three albums. Now, like, we’re going to be like those guys, you know? Like The Rolling Stones.”

Cypress Hill came out in 1991, and “How I Could Just Kill a Man” began circulating on urban and college radio stations alike. Not even the group’s members could believe they would have stumbled upon the perfect recipe for crossover success.

“We didn’t think that girls were going to like our stuff because it was so underground,” Sen Dog remembers. “We thought a lot of people are going to bash on us for the cannabis issues and whatnot. We were wrong about most of it. Here we are 30 years later.”

“I think the whole rhythm of recording albums, putting them out and then touring them a year and a half or two got us on a roll,” he explains. “We did five or six albums in a row with that mentality. Before we knew it, 20 years had passed. It’s all a blessing to us that our band has stood the test of time.”

When the group hit that 20-year mark after the release of 2010’s Rise Up, Cypress Hill realized that they needed to take some time off to regroup.

“To tell you the honest truth, man, we over-toured the record,” Sen Dog says. “We toured for like two years or something and did a bunch of more dates than we normally would have. We just kept getting great offers and good money that you can’t pass up.”

That break saw Sen Dog developing other projects like his heavy metal band Powerflo and the hip-hop/rock supergroup Prophets of Rage.

“We lost track of the rhythm of the recording, the release and the tour, but we were able to regroup and get back,” Sen Dog says referring to Cypress Hill’s 2018 album Elephants on Acid.

Although critically acclaimed, Elephants on Acid did not quite garner the commercial success the group had hoped for after eight years off.

What the album did do for the group, however, was get them back in the mode of making records and staying busy on something. And their efforts have paid off. In 2019, they received a star on the Hollywood Walk of Fame. Their latest single “Champion Sound” from an album scheduled to drop in March 2022 has been used for the video game R.B.I Baseball ’21 and is also the featured track for their partnership with Montejo Cerveza.

The band also partnered with Z2 Comics for a graphic novel Cypress Hill: Tres Equis! The group will release their Hits From The Bong documentary in the near future, and they launched their very own STANCE sock.

“One of the benefits of longevity is that you get to do a lot of different things, and Cypress has always tried to stay busy,” Sen Dog says. “You want to keep giving people new material and stuff to hold and look at. That’s what being in a band is all about.”

Staying out in front of your audience through every channel available is a time-honored tradition in the world of classic rock — something that Sen Dog took note of while examining the career of his favorite musicians.

“One of my favorite bands is KISS, and they have done everything to stay out there and be seen, from toilet paper to tires for cars, it seems,” he says. “So, you learn from the OGs, what they do, what they did in their past and try do stuff similar, but with your own twist on it.”

“The development of the knowledge of the whole industry, I think is at an all-time high now, but there are people that are still in jail for a long time for that stuff,” he says. “That is a point of conversation, because if you legalize cannabis across the board, or if a certain state that currently houses inmates in prison for cannabis offenses from back in the day, I think that all that needs to be recognized. Those are some of the issues that we’re looking at now.”

Sen Dog, acknowledging that the struggle is still there and that the country is still in a war for cannabis legalization, believes Texas would be a great place for future Cypress Hill cannabis products.

“If that ever happens, we want to break that ground,” he says optimistically. “Texas law has been extremely cruel with us. There have been times when we’ve had brushes with them. No one was arrested, but I know that the everyday person over there isn’t Cypress Hill, and their treatment might be a little different. If that were to happen in Texas, Cypress would have to go over there and raise a flag.”

For everything the group has going on, Sen Dog has no intention of hanging it up anytime soon and hopes to see this iteration of the group’s career riding for another 10 to 15 years as long as they can stay in shape with a good stage presence.

“We’re at an advantage because we get to pick and choose what we want to do as far as touring,” Sen Dog says. “It’s not like the old days where we’re just trying to bust a nut, take everything that came along, and work ourselves to death. That gives us the ability to stay fresh to not have to work ourselves like that.”

As early crusaders for cannabis culture, Cypress Hill’s fanbase has grown generationally as younger hip-hop fans have grown to respect the work the group was doing long before they were born.

“The younger generations definitely know who Cypress Hill is,” Sen Dog says. “I mean, it’s impossible not to recognize. We’re the Cheech and Chong of hip hop. Whatever they’re doing, we did it first!”

From what he has seen from the stage, Sen Dog believes a Cypress Hill concert has become a rite of passage as parents are starting to bring their children to see the group for the first time.

“I still feel like we’re an important part of today’s music,” Sen Dog says, reflecting on Cypress Hill’s status as a classic hip-hop group, just as the Rolling Stones or KISS are classic rock bands. “It’s not like we went away or we’re like some old doo-wop band trying to hang on by a string. It actually makes me feel accomplished. It makes me feel good when they say ‘classic hip-hop era.’ Every time people talk about classic hip-hop, you’ve got your ‘90s generation, a golden era, and you must mention Cypress Hill. That gives me a sense of pride.”