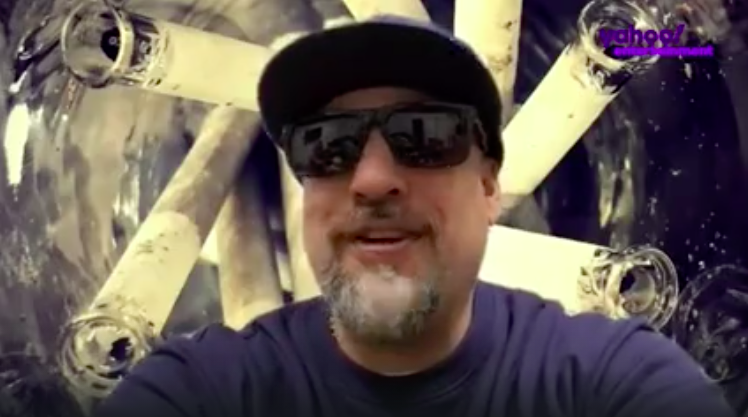 B-Real is feeling vindicated these days. The Cypress Hill rapper, born Louis Freese, has long been one of the most high-profile cannabis proponents, recording tracks over the years that included “Legalize It,” “Hits From the Bong” and “I Wanna Get High,” and accessorizing live shows with a giant inflatable Buddha holding a pot leaf.

Weed was legal in exactly zero states when Cypress Hill first landed on the scene with its self-titled debut 30 years ago this summer.

Since then, 17 states have legalized the recreational use of marijuana in the U.S., while 36 others made it available for medicinal purposes.

“All any of us can say is ‘It’s about time,’” B-Real told Yahoo Entertainment during a recent interview in advance of 4/20, the annual (if still unofficial) celebration of all things cannabis. “We knew it was possible. We knew that one day it would come. It was just how quickly would people activate, and fight the fight, and fight for their right to have cannabis? And I think that it’s out there, even for people who don’t necessarily get stoned, maybe they want to use it as medication for an ailment or some therapy as opposed to a pharmaceutical.”

B-Real has capitalized on the country’s evolving and increasingly tolerant attitude toward weed, launching his own booming cannabis line called Dr. Greenthumb, named after Cypress Hill’s eponymous 1998 hit. In addition to a product line that includes strains, vaporizes, G-pens and more, Dr. Greenthumb has six dispensaries already open in California with an additional one planned as well as its first out-of-state location in Tulsa, Okla.

New York became the latest state to pass legalization efforts at the end of March. Despite the recent headway, however, B-Real doesn’t see a clear path to legalization nationwide.

“Some of these states that are holding out, it’s ridiculous,” he says. “It works. The methodology works. Cannabis works. It heals people. It makes people better. And they gotta come in with the rest of us that saw that light.”

But “there’s a lot of conservatives everywhere, a lot of religious voters that no one ever wanted to piss off or drive away,” he says. “Some of the states that are in the Bible belt region, those are probably gonna be the last to roll over, if they roll over. I would imagine they will, because it’s about the vote of the people. And if the people there say, ‘Hey, we want cannabis, too, they’ll get it there. People gotta do the work.”

As a ganjapreneur himself, one thing B-Real can attest to is the profitability of a regulated, highly taxed marijuana business that is earning states that have legalized big bucks.

“You see the revenue streams that can be created from the cannabis industry,” he says. “You cannot look away from that.”