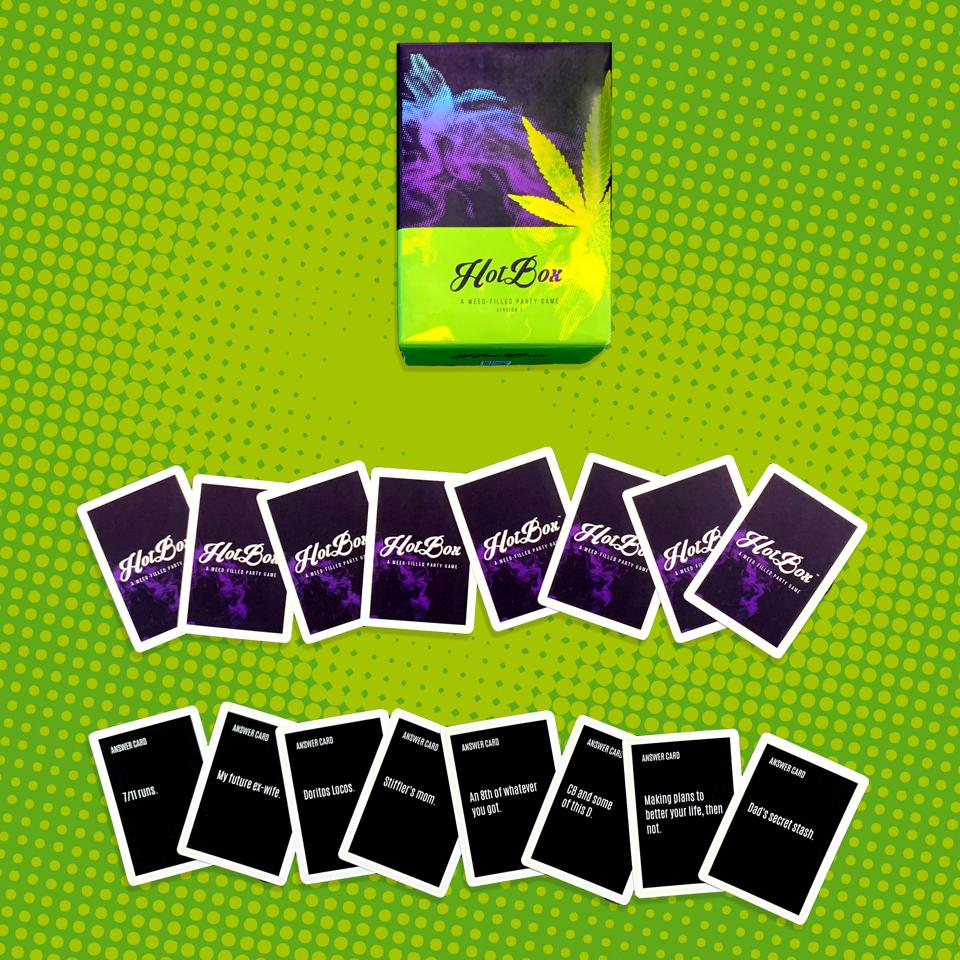 If you’ve always wanted to hotbox with Cypress Hill, now’s your chance.

The legendary hip hop group recently partnered with FITZ Games for a new cannabis-filled party game called, you guessed it, Hotbox. Kind of in the vein of Cards Against Humanity, the game has players find the perfect funny response card to various prompts. Even better, some of those cards and prompts were written by Cypress Hill.

“It is pretty outrageous,” Cypress Hill’s B Real tells Forbes. He says that the first time the group played the finished game it was so funny that others in the room that weren’t actually playing were also trying to get in on the action.

“It was just so funny that it got people involved, even though they weren’t necessarily a part of the game” he says.

One aspect of the game is that it does sometimes involve bringing in others who aren’t actually playing, specifically through dares and challenges. Those dares might be something as simple as taking a shot or ranch, or as involved as having to FaceTime with one of your ex’s.

Oh, and you’re probably stoned while you’re doing it.

The game itself is based on cannabis and cannabis culture, which lends itself to lighting up a joint or two while you play.

“You know if stoners are playing they’re smoking while they’re playing,” says B Real. “Me, I’d be smokin a joint, most likely, but other people would probably be doing bong hits or they’d be doing dab hits.”

He adds that cannabis doesn’t have to be all you’re consuming.

“If you happen to be having a drink, that would be most hilarious,” he suggests. “We were kind of lit playing the game and it made it just that more funny.”

Cards were written primarily by 420-friendly comedians with the help of Cypress Hill, but there are also an expansion pack available written exclusively by the group themed around their music and culture.

If you want to get your hands on it, the game is available now on Amazon and through the Hotbox website. The base game is $24.99 and includes, you guessed it, 420 cards. Expansion packs are $12.99 and include 40 cards each. Beyond the Cypress Hill options there are expansion packs focused on things like TV Shows, Movies, and Munchies.