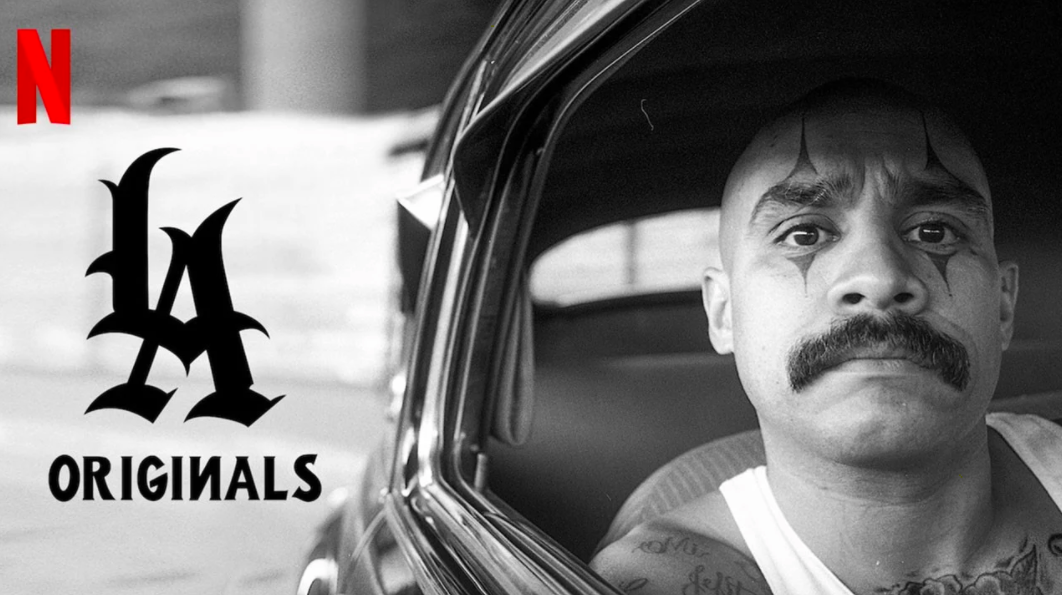 There was a time in the recent cultural history of Los Angeles when tattoos were strictly the markers of bona fide gangsters, when graffiti was vandalism — little more — and when going downtown at night was considered a definite no-no.

Today, arm sleeves of elaborate ink are embraced by media moguls and suburban moms alike. Graffiti as a form can command handsome corporate commissions by its most heralded artists. And downtown L.A. became known as a playground of art walks, stellar restaurants and whiskey bars.

This remarkable transformation in the city’s cultural DNA is due in part in two figures who’ve not gotten nearly as much credit as they’re due: photographer-director Estevan Oriol and “tattooist to the stars” Mister Cartoon. In the early 1990s, the artists set up shop as S.A. Studios at a complex of warehouses on the edge of downtown Los Angeles’ skid row. There they began fomenting a cultural movement.

By bridging the gap between cultural gatekeepers and the urban landscape, Oriol and Mister Cartoon brought the roughest realms of L.A. street art and Chicano culture into the boardroom — and into your living room.

On Friday, Netflix is premiering the documentary “LA Originals,” directed by Oriol, which charts the two artists’ lives and careers. The film is a raw, often jarring portrait of one of the richest creative partnerships in this town’s history. Upon viewing it in a period of pandemic-forced lockdowns and isolation, the film becomes an especially urgent celebration of life in Los Angeles, acknowledging its ups and downs.

More than anything, it’s a portrait of two great artists who found kinship and inspiration in each other and continue to do so today. “These dudes are like cholo Da Vincis,” comedian George Lopez says.

Oriol and Mister Cartoon met in 1992 at a record-release party in Hollywood. Both were coming up in their respective fields and wanted to take L.A. street culture to a wider audience. Almost immediately, the two recall in an interview this week, they recognized themselves in the other.

As the documentary details, Oriol by then was building connections as a bouncer at Hollywood clubs, later becoming a tour manager for the rap groups Cypress Hill and House of Pain. Along the way, he began taking pictures with a camera that his father gave him, a vintage Minolta SR-T SC-II (now Oriol uses a Canon AE-1). Often, his lens was the only one documenting the wild scenes of the rap groups’ road lives.

Meanwhile, Mister Cartoon was transcending his roots as a graffiti writer (his early tag was Flame). He made a breakthrough when he merged prison-style drawing with graffiti flourishes and changed his primary medium to human skin. His distinctive style was thus born, a sort of cholo baroque aesthetic that is finely detailed, strict in its parameters: he never uses colored ink, only black and gray.

Mister Cartoon began hitting the road with Oriol and his tours, and before long, he was tattooing the biggest names in hip-hop, from Eminem to Snoop Dogg. That list quickly expanded.

“Basically, my tattoo customers were getting together and throwing some type of little concert,” Mister Cartoon jokes in the film.

Snoop Dogg, who is a prominent presence in “LA Originals,” quips: “There’s only one guy that I let do my tattoos and my kids’ tattoos, the great Cartoon.”

In their heyday, Oriol and Mister Cartoon embodied the essence of 1990s West Coast urban culture: graffiti, hip-hop, lowriders and tattoos all merged with them and their creative circles. Celebrities across the spectrum took notice. Everyone, it seemed, wanted a Mister Cartoon tattoo, and everyone also wanted to have a portrait taken by Oriol.

“Now I’m brothers with 50 Cent and Eminem and Beyoncé and everyone else,” says actor Ryan Phillippe in the film, referring to his ink by Cartoon.

The late Kobe Bryant is also interviewed. He describes being told that he could not leave his tattoos uncovered in a Beijing hotel gym facility. The employee who stopped him then asked if his ink was by Mister Cartoon. “I’m like, dude, how do you know that’s Mister Cartoon?” Bryant says. “This is a young woman in Beijing, so far removed from L.A. … That’s big.”

A striking theme that runs throughout “LA Originals” is how true to their roots the artists remain, no matter how big their profiles become. Oriol and Mister Cartoon team with top-tier brands including Nike and T-Mobile and Hollywood producers like Brian Grazer. Mister Cartoon even supplies imagery for the video game “Grand Theft Auto: San Andreas.” And they were executive producers on the 2017 feature film “Lowriders,” set in East L.A.’s car scene. Along the way, as “LA Originals” shows, Mister Cartoon and Oriol keep it, in a word, real.

“A lot of great art has come from struggle, struggle in people’s own lives, in their community and in their head-space,” Oriol says. “Most of the Chicano art comes from out in the streets, from the revolution, fighting for their place in the community.”

The director does not shy from exploring the violence, despair and addiction that often accompany a life on the streets. His portraits of former gang members describing their lowest points are visceral moments in the film. The pair’s proximity to skid row in the heyday of S.A. Studios (read: ese, the Chicano slang term for homeboy) keeps Oriol attuned to the social and psychological crises that grip so many of the people who call the neighborhood home.

“Chicano art had been underground and hardcore for so long,” Mister Cartoon says, “the last thing we were worried about was it getting too commercial, because what we do is so lowbrow. Estevan spawned a whole sea of photographers, and now it’s out of control. It just grows. As long as drugs are illegal, there will be gangs and there will be incarceration, and unfortunately that’s where a lot of hardcore styles were developed.”

For all of their success, the two stumbled when the 2008 financial crisis hit. Mister Cartoon and Oriol had to adapt and reckon with the fallout that followed. Maintaining their then-legendary downtown studio space became untenable. Dejected, they moved out — Oriol is seen flipping off the doorway after he says goodbye.

But in a short time the pair regrouped and quickly found ways to keep grinding. That L.A. survivalist impulse wins over, the film seems to argue.

And L.A. changed as well. Today, the artists note their old studios command 10 times the rent they did when the two occupied the spaces. “We didn’t know the word gentrification back then,” Cartoon says.

Also in the intervening period, social media began radically reshaping the way artists work, communicate and sell. Oriol notes that entire generations of creatives have emerged with no access to a pre-digital, pre-social-media framework. His analog photographs from the mosh pits and green-room hangouts of the Cypress Hill and House of Pain tours now feel like eons ago.

“I’d just like the younger generations to know that we worked really hard to get where we’re at,” Oriol tells The Times. “Before us, there was no blueprint to follow, so a lot of stuff that you see out there, we were doing at the beginning stages. A lot of the youth today are like, ‘Who cares about the old guys? We’re doing our thing.’ That’s true, but at the same time, you have to have respect for the elders. Of course, we were doing our own thing, but we had a lot of respect, and we honored our elders and the people that came before us.”

That sense of honor and homage is a key message. At one point, Oriol describes how he made one of the most canonical images to represent Los Angeles — possibly at any point in history: a black-and-white photograph of a woman’s hands, with stylized nails and multiple glistening rings, using her right hand to make an L and her downturned left hand to make an A across the L’s bottom line.

“I was shooting this girl that was a gang member, she just threw up LA,” Oriol recalls in the film. “And I went in and just took two frames of the LA.”

The image has been mimicked or copied by countless brands, companies, celebrities, professional athletes and politicians, like our own Mayor Eric Garcetti, who once flashed the L.A. on a red carpet. In 2013, Oriol sued fashion retailer H&M for selling a label’s garments that reproduced his image without permission. (“They won,” Oriol says.)

Currently, as L.A. and the world copes with the coronavirus pandemic, Oriol and Mister Cartoon are hunkered down, patient, but eager to get back to their projects.

“To me, this is like having a dog on a leash; as soon as you let me out, I’m going out there like a beast,” Oriol says. “I want to come out pounding the pavement. … Most artists who are real hustlers and real go-getters have a competitiveness in them. They’re gonna be fine because they’re gonna come out fighting.”

That attitude is in its own way a testament to the power of Oriol’s lifelong work. A sort of background figure in many respects — club bouncer, tour manager, tour photographer, A-lister photographer and eternal champion to his friend and creative kin Mister Cartoon, Oriol, now 53, is a naturally trustworthy documentarian.

His “LA Originals” is both generous and modest, a self-homage that every hood-bred Angeleno and Californian, past or present, can find themselves within.