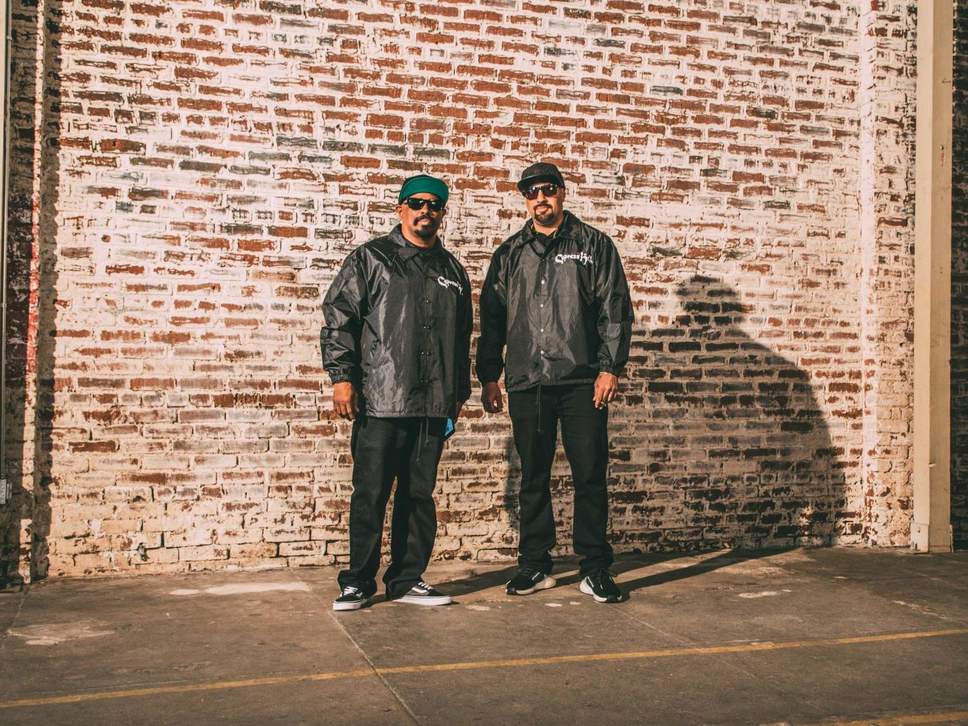 Cypress Hill are often labelled “pot rappers”. They invited it upon themselves, of course, when they had the first major rap hit about weed, in the shape of 1993’s “Insane in the Membrane”, and then later campaigned for the drug’s legalisation.

Their thrilling 2018 album Elephants on Acid doesn’t shy from mentions of mind-altering substances, either: “I’m called the weed messiah, grab your lighter,” begin the distinctive, adenoidal tones of B-Realon “Jesus Was a Stoner”; tracks such as “LSD”, “Reefer Man”, “Thru the Rabbit Hole” and “Crazy” (“Losin’ my mind, so high, no lie”), meanwhile, suggest the record’s title is far from incidental. “This album is about good vibes and stoner music,” fellow founder member Sen Dog said recently.

Cypress Hill, who’ll be honoured this year with a star on the Hollywood Walk of Fame, are so much more than drug music, though. While many other veteran hip-hop acts have either bowed out with their legacy intact, or else continued to scramble for relevance by jumping on new trends, on Elephants the West Coast rap pioneers reasserted their position as one of the greats of the genre. Despite its nods to their past work, which has delved into rock, reggae, Latin and “traditional” hip hop, Elephants was like nothing else released last year, a sort of homage, in their words, to Sixties psychedelia.

Much of the 21-track album – their first since 2010’s Rise Up – was recorded in Egypt by long-time collaborator DJ Muggs, bringing them together again after their respective solo ventures. Muggs teamed up with local Egyptian musicians on the oud, sitar, keyboard, vocals and guitar for “Band of Gypsies”, and featured underground artists like Sadat and Alaa 50 – two leading progenitors of shaabi (Egyptian street music) – recording their vocals and looping them, rather than sampling old cuts.

The musical landscape is different now,” says B-Real – born Louis Freese – eyes concealed by a pair of black shades. He and Sen (real name: Senen Reyes) are sat in a dressing room at London’s Brixton Academy, ahead of what turns out to be a sweaty, no-frills trip through their vast back catalogue (new Cypress Hill recruit, legendary DJ Mix Master Mike, and their percussionist Eric “Bobo” Correa are also present onstage that night).

“These days, a lot of artists try and gravitate towards what’s new and try and do their versions of themselves in whatever style’s popular,” B-Real continues, resting his thick-set frame against the sofa. “But with Cypress, we’ve always been out of the box, saying ‘yeah, we’re the last of the motherf***ers who are willing to do this type of s***, no matter what everyone else is doing’. We’re staying 100 per cent true to ourselves, and we’re evolving in our own style, as opposed to evolving to someone else’s style.”

Muggs first conceived the album five years ago, after a surreal dream in which he was a man with the head of an elephant. “He blew our f***ing mind with Elephants,” B-Real says. “We don’t marry ourselves to anything until we’ve heard it at the end, and when we did, we were blown away. It was like, ‘f*** – this guy’s still a f***ing genius. Our tradition carries on.” 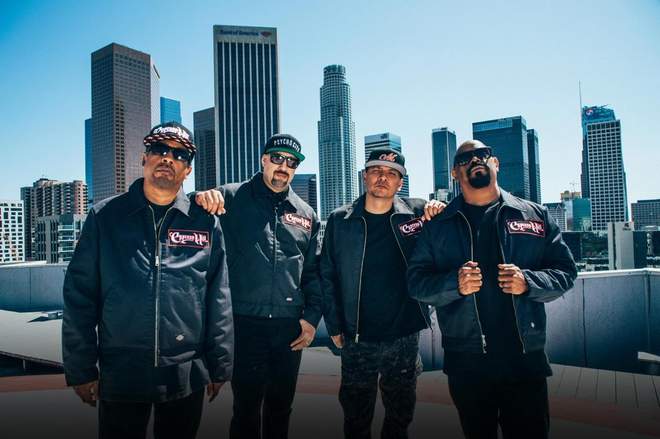 Their tradition also involves a different type of rap lyric, based on social consciousness and self-awareness. Sen Dog, who until now has been sitting quietly as we listen to B-Real, raises his head and nods, speaking with a gruff gravitas. “The era that we come from, that raised us, there’s not that many cats around any more,” he says.

“We definitely feel proud that we’re representing our era and our style of hip hop. One day, conscious rap will return and we’ll have lyrics with meaning. Until then, you have just a few that still have that kind of formula going. We’re one of them.

“I don’t think hip hop and lyricism will ever die completely,” the 50-year-old continues. “I think it’ll grow and come back, but right now we have a bunch of other stuff that doesn’t really affect your thinking or help your day-to-day life.” As things stands, he says, “It’s true what B says on ‘Band of Gypsies’ that you’re looking at the last of a dying breed.”

I ask what they made of the recent comments by The 1975’s frontman Matty Healy, who claimed that misogyny was no longer an issue in rock music – but still largely prevalent in hip hop.

“That’s something that was never really our bag,” B-Real says with a shrug. “You know, to talk about women and exploit in that way – maybe on the first record there was one song in Spanish, but it was a true story of a chick Sen used to date. But that was never really what we wanted to talk about, although there is a whole lot of bulls*** you hear on the radio now with a dozen songs that say the same f***ing thing.

“The day that changes will be when a lot of these entertainment companies, like the people that own the radio stations and some of the promoters, stop investing in private prisons,” he says, taking a slightly unexpected tangent. “That’s when you’ll see this conscious music come back. Until then, it’s a lot of mindless bulls*** that speaks to misogyny and drug use and everything else influencing the youth to do f***ing stupid s***.

“People don’t talk about that, but that is a real thing,” he says. “The record labels that sign people to be exploited, because [America] needs to fill [its] prisons – and what better way than to exploit this type of lifestyle, to make the youth strive towards the same things as their idols?”

So, while it’s perhaps easy to dismiss Cypress Hill as pot-loving hippies, pay closer attention and you’ll hear the hum of rage and unrest driving tracks such as “Warlord”, in which B-Real raps: “I was born with thunder up in my hands to silence all of the lambs … Hell fire spreading wide, now you’re in the inferno.”

The album also has a menace that takes you back to the earliest days of Cypress Hill, whose members emerged out of real hardship and graft, even before they met in their early teens. B-Real, who was shot in the lung in 1988 when he was running with a notorious Bloods sub-gang in south-central LA, spits a warning on “Locos” that mirrors themes on “Locotes” from 1995’s Temples of Boom. On the same track, Sen’s fierce pride in his Cuban heritage (his parents emigrated from there to the US in the Seventies) shines through in his use of “Latin Lingo”. Their use of bilingual lyrics was decades ahead of a music scene that – more and more frequently – embraces multiculturalism.

“There have been some obstacles that have come before us, which we’ve always managed to get around or get over,” B-Real says. “It speaks to our passion of still wanting to do this – and not letting anyone stop us.”

So interesting is their collective history that it seems strange they’re only now working on a documentary about it. The crowd-funded film is Cypress Hill’s story told their way, B-Real explains.

“It’s not necessarily been misinterpreted,” he clarifies, “it’s just that I don’t think the whole story has ever been told, and we feel like telling it. This long in the game and still functioning at the level that we do, we want to let people know where we come from, how we started, what it took, some of the sacrifices and the hardships we went through along the ride together and individually, and what made us stick and keep it rolling for others who would’ve quit.”

Elephants on Acid, the new album by Cypress Hill, is out now