CYPRESS HILL DROP 30TH ANNIVERSARY EXPANDED EDITION OF DEBUT ALBUM
“HOW I COULD JUST KILL A MAN” REMIX
It’s been 30 years since Cypress Hill was unleashed on the world. To mark this monumental occasion, we are extending the self-titled debut record with three new tracks – “The Phuncky Feel One” (Extended Version), “Stoned Is The Way Of The Walk” (Reprise), and “Puerco (Pigs)” (Spanish Edit).

Plus Alchemist x Beat Butcha hop on the classic “How I Could Just Kill A Man” for a special 30th Anniversary remix also dropping today. Peep it at the link below and keep an eye out for a “Hand On The Pump” remix by our own DJ Muggs coming soon.

BUMP THE REMIX: HOW I COULD JUST KILL A MAN

LIMITED EDITION BOX SET + DOUBLE VINYL
Get your hands on some more of that funky Cypress Hill shit with the limited edition 30th Anniversary Box Set containing the full album across six 7″ vinyl singles, presented in a hardcover casebook with built-in sleeves, plus an 80-page booklet featuring liner notes containing anecdotes from the members of Cypress Hill, press clippings and rare photos, all housed in a premium outer slipcase. Limited to 2,000 copies and now available for pre-order.

PLUS get your hands on a limited edition 2LP Red and Black Galaxy colored vinyl version of the expanded 30th Anniversary record with the bonus tracks in a gatefold jacket with liner notes and numbered OBI strip. Limited to 1,991 copies and now available for pre-order. 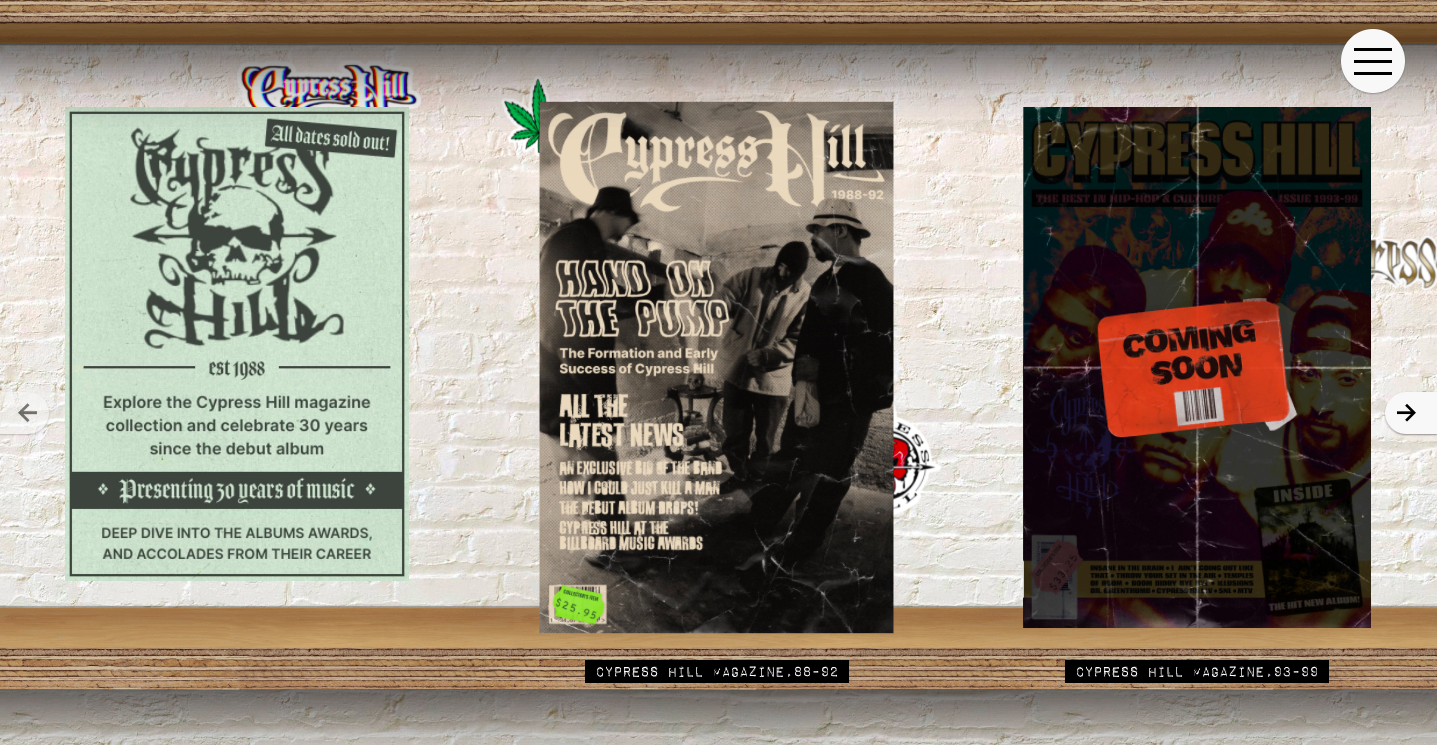 REVISIT 30 YEARS OF THE HILL WITH THE NEW INTERACTIVE TIMELINE
Revisit the last 30 years with a new microsite featuring an interactive timeline taking you through the history of The Hill and highlighting pivotal moments of their career. The new microsite launches today with Issue 1: 1988-1992. Be sure to check back for new drops!

2021 SUMMER TOUR WITH ATMOSPHERE + Z-TRIP
The Hill is back on the road throwing it down with Atmosphere and Z-Tip. The crew has been smashing these shows, the energy is through the roof, so come light it up with us and join the party. Click the links below to grab your tickets and meet & greet packages.

SUMMER MERCH DROP
Check out our new Summer Tour merch drop. All items are now available on the road and in-store. See the full line of items at in our webstore HERE.