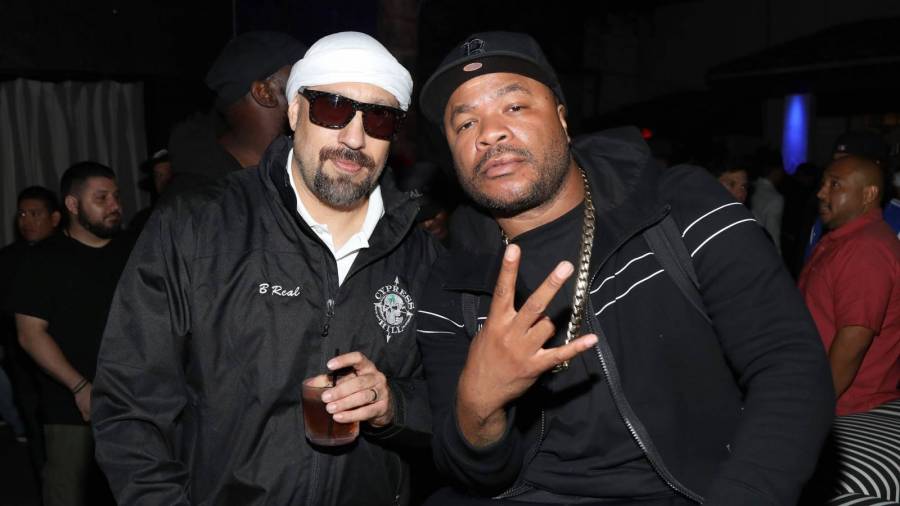 Cypress Hill’s B-Real, Xzibit and Los Angeles-based rapper Demrick — collectively known as Serial Killers — put out their most recent album Summer Of Sam in October as the COVID-19 pandemic continued its stronghold on America.

Sewn together in roughly six months, the 12-track project includes songs such as “Before The Streets,” “Quarantine” and “War In The Streets,” which not only speak to the raging pandemic but also the civil unrest that erupted across the country following the police killings of George Floyd, Breonna Taylor and Elijah McClain.

During a recent interview with HipHopDX, B-Real and Xzibit spoke about these unprecedented times and how Summer of Sam serves as the perfect time capsule for 2020. They also opened up about the profound effects COVID-19 has had on their careers and simple day-to-day activities — like smoking weed.

B-Real, who’s permanently tethered to the cannabis industry through his stacked discography with Cypress Hill and Dr. Greenthumb dispensaries in Los Angeles, has had to make some adjustments to his smoking habits.

“We’re taking less things for granted and trying to be safer about the things we do and how we go about doing shit,” he says of adjusting to the CDC’s safety guidelines. “As a stoner, on the smallest form, we stopped passing our joints around. Here at B-Real TV, we roll our own and smoke our own joints. When you’re in a situation where you work with a bunch of people, especially in the cannabis community, cannabis is communal.

“What we’re all trained in our minds to do is share the fucking weed, so we pass joints around. But there’s always some grimy son of a bitch who’s never going to tell you that he’s sick because they got FOMO and they don’t want to miss out on that shit, so I’ve adopted a new rule — roll your own because you ain’t going to hit mine [laughs]. I’ll even share mine, you just have to roll your own. But just little things like that, because I know that even if I’m not someone that the virus affects, I know people that it would and I want to be responsible for them. I can’t be selfish and it be about me.”

Xzibit adds he’s never really been a “club guy” anyway so the pandemic hasn’t impacted his life too much — other than being unable to tour and grab a fancy dinner.

“Not being able to go and enjoy a dinner at a restaurant or just always having to turn around and go back and get a mask because you forget it on the way out is like, ‘Ah, fuck,’” he says. “Stuff like that but pretty much, I stay between a few places anyway, and it’s just like my domain and my bubble that I stay in. I was kind of already set up that way.”

But like Lil Baby with the Grammy Award-nominated single “The Bigger Picture,” 2020 has led to some more introspective and impactful music, something a lot of rap fans seem to be craving right now. B-Real and X both agree substance in Hip Hop is extremely important – especially now — and that’s what they aimed to do with Summer Of Sam.

“What’s happening is definitely a turning point in history from my standpoint and things will never be the same,” X explains. “I remember like six to eight months ago, life was totally different and and I’ve never seen things move like that. So the music was important to capture that energy as well but also it wasn’t time for self-promotion, even though that’s what music and entertainment is for some.

“For us, it was like creating this music is the way to talk to people who don’t want to watch CNN and don’t want to watch Fox or don’t get their information from those sources. The Hip Hop community is a vast, vast community, so it’s dope to be able to reach out and use our platforms to do so. That’s why the music was kind of geared towards that.

B-Real adds, “Yeah, exactly that. In terms of substance and whatnot, we’re speaking to what was going on, which was very real. Everybody’s different mindset on what they’re thinking, what they’re going through, how they’re dealing with it, what they think is real and what they think is bullshit — we tried to speak to that and I think we did a pretty damn good job with that, especially with the music that is the backdrop; the music is slapping.

“Usually, we take an album when we’re doing Serial Killer shit and we’re all flexing styles and lyrics on it. But this one is the deepest we’ve done in terms of that substance, because we felt strongly compelled to talk about what the fuck nobody was talking about and being that voice for people and for ourselves.”

B-Real and X recognize they’re both in a unique position where touring isn’t their only form of revenue. Instead, B can pivot to his cannabis business and B-Real TV, X can focus on his new weed endeavor and recording studio and once it’s safe, get back to the road.

“Unfortunately, everyone don’t have the platform X and I have,” B says. “So we’re sort of fortunate in that sense that we can keep it moving in different ways. He’s got a recording studio. I have one — and they’re personal and not open to the public. I have my B-Real TV platform, where we’re podcasting and creating content. So it doesn’t necessarily slow down in that sense for us, so we can keep it moving, but a lot of artists don’t have that. I would imagine those other artists and entertainers that do what we do are itching to do something, and then they’re trying to figure out, ‘OK, what can we do to keep moving?’ And fortunately for us, we built platforms for ourselves years ago that we’re able to utilize in a time like this, so we’ve managed to keep busy.”

X continues, “Yeah, I agree with that. We’ve been able to diversify ourselves and have other things moving before the pandemic happened, so it was good to be able to have that to fall back on but still stay creative and be in the studio. That’s where this actual project came from, because it’s an actual timestamp from what we’re all going through. We are all basically creating from the same standpoint.

“It was the only time from where I can remember where the playing field was actually level. It didn’t matter if you were rich, poor, old, young — everybody’s time stopped at the same place and that was very unique about that situation. It was definitely interesting to see the way people reacted to it, but we wanted to put our foot forward and creatively talk to the fans the best way we know how.”

And that was by creating music. Summer Of Sam was released on October 16 and featured Snoop Dogg, Busta Rhymes and DJ Quik, among others. Check it out above.

NLE Choppa Shoots His Shot For A J. Cole Feature On Wellness Single

King Combs On Establishing His Own Legacy : ‘I Want It To Speak For Itself’

Tekashi 6ix9ine’s Ex Calls Him Out Over Father Issues: ‘All You Do Is Cap About Our Daughter’