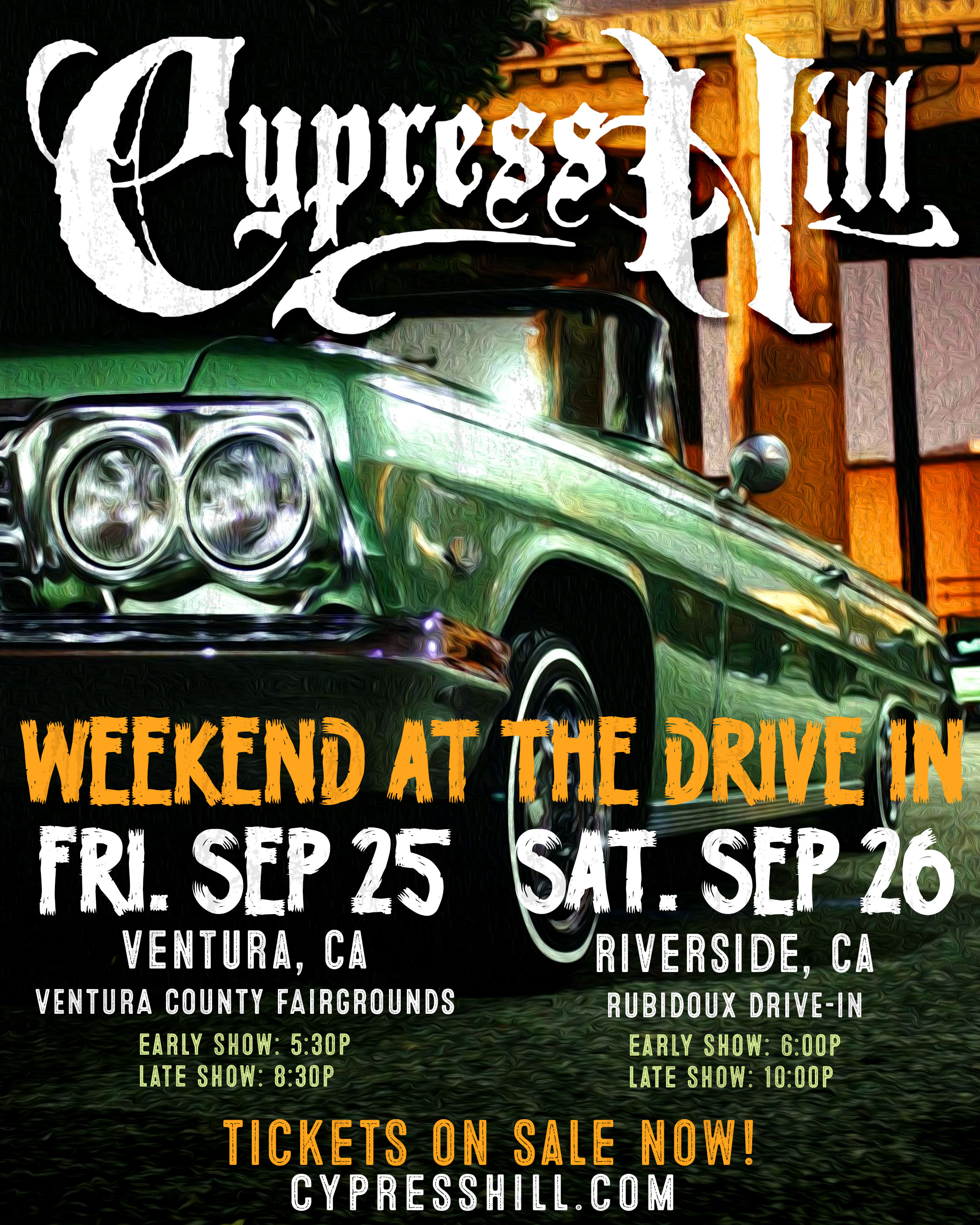 The Hill is back, fam! We are stoked to let y’all know that we will be performing a weekend of double features at the drive-in September 25 at the Ventura County Fairgrounds in Ventura, CA and September 26 at the Rubidoux Drive In in Riverside, CA. Each night will feature an early and late show.

Tickets for all four performance go on sale tomorrow, September 2 at 10a PST, but you can get your tickets now with code INSANE.

We’ll catch you there!