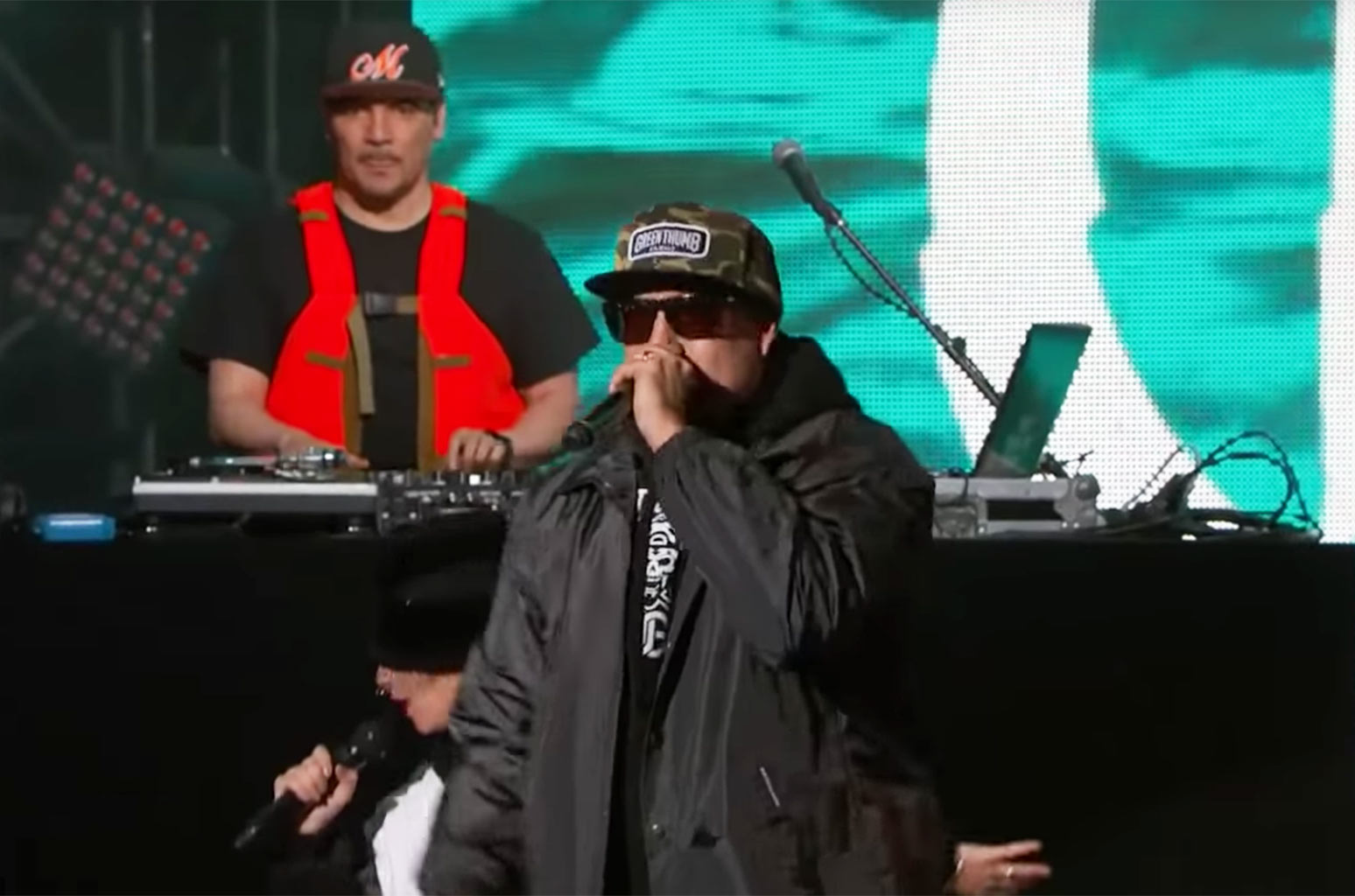 The California-bred super group hit the stage to perform the funky “Crazy” and “Band of Gypsies.” The pair of tracks originally landed on Hill’s ninth studio LP, Elephants on Acid, which released back in September 2018.

Hip-hop veterans B-Real and Sen Dog held down the fort setting the tone for the psychedelic performance. “Crazy” actually saw a female artist in the mix, as the crew enlisted Brevi for the special assist. Ex-Beastie Boys member Mixmaster Mike, who joined Cypress last April, was also on hand getting busy behind the boards.

Mike recently detailed why he finally decided to join Cypress Hill after B-Real made him an offer he just couldn’t refuse. “They wanted to implement a franchise player, so I was like, ‘Okay, if I’m gonna join the band, it’s gonna be ‘Cypress Hill featuring Mix Master Mike,'” he told Billboard, later comparing himself to the legendary New England Patriots head coach. “I guess you could say I’m kind of like the Bill Belichick of that operation.”

Watch Cypress Hill perform both “Crazy” and “Band of Gypsies” below.