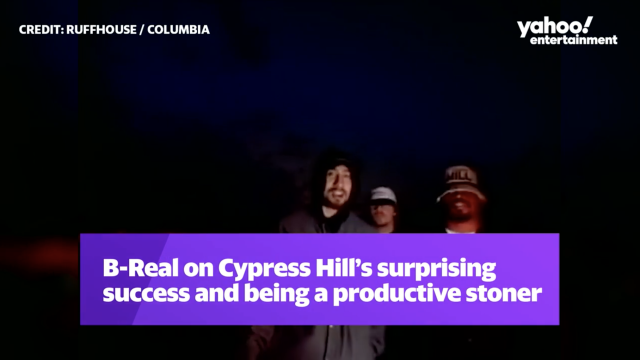 In the 30 years since dropping their self-titled debut, Cypress Hill has sold over 20 million albums worldwide while becoming one of the most influential, enduring rap groups of all time, West Coast-bred or otherwise.

“We were just hoping that we made something that we liked, that people liked,” the rapper told us in a recent virtual interviewing commemorating today’s 30th anniversary of Cypress Hill (watch above). “I don’t think any of us [could’ve predicted the success we’d have]. Because we were so different, and we were talking about weed, which was really taboo. So we figured we’d be an underground group for sure. We never thought about hitting mainstream.”

The Los Angeles-formed group, which also consists or rapper Sen Dog and producer DJ Muggs, arrived at a crossroads for West Coast hip-hop, three years after N.W.A.’s Straight Outta Compton shifted the landscape of rap music to the left of the map but before Death Row Records and 2Pac would tilt the charts even more dramatically.

The “mystique” that Cypress Hill had, B-Real says, worked in their favor, from Queens native Muggs’ East Coast-flavored boom bap production to their emcees’ Spanglish bars to their blend of hardcore gun-clapping raps and fun-loving weed-smoking anthems.

“Our style was so different than a lot of other West Coast hip-hop groups and even East Coast groups,” he says. “People didn’t know who we were. They didn’t know where we came from. They were always trying to guess. Were we from New York? We were from L.A.? Were we Black, were we Latin, were we white? There was a mystique about it.”

Their label, Sony, meanwhile, didn’t quite know what song from Cypress Hill would give them the biggest boost.

On July 11, 1991, they released “The Phuncky Feel One” as the first single, with the future classic “How I Could Just Kill A Man” as the B-side.

“We were on tour with Naughty By Nature and they had us opening for them, we were just kind of doing the grind as new artists do while our first singles and album was coming out,” B-Real recalls. “And there wasn’t a lot of heat on ‘Phuncky Feel One’ at first… When the DJs realized it it was a double A-side, and they could flip the record and play ‘Kill a Man,’ that started happening and we started building up momentum… And then we started to chart.”

“How I Could Just Kill A Man” was suddenly getting so much play, Sony pulled them off of the tour with Naughty to record a video for it, as well as visuals for what would be their next hit, the Gene Chandler-sampling “Hand On The Pump.”

“Sure enough, when he video hit, it just changed everything,” he says.

B-Real traces the single biggest epiphany he had around the group’s sudden mainstream success to the world premiere of Juice, the 1992 crime drama that memorably co-starred Omar Epps and Tupac Shakur that featured them on the soundtrack.

“When that part came on, and ‘Kill a Man’ came on, everybody in the theater got up and started partying and dancing,” he says. “It was like, ‘Oh s**t.’ When I saw the people get up for our song and they were dancing and getting down with it, that’s when it hit me.”

Watch the full interview on Yahoo